Researching how to install Xpenology at home? You have come to the right place. If you do not want to spend time reviewing the site and would just like to know our recommended hardware, we have created this handy table outlining the hardware we used for our specific requirements. 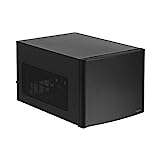 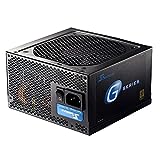 More than likely you’ve been digging around on the internet looking for ways to build your own network-attached storage server and are looking for a solid and flexible OS to use on it. This then leads you to the big question:

Xpenology is a bootloader for Synology’s operating system, called DSM (Disk Station Manager), and is used on their NAS devices. DSM is running on a custom Linux version developed by Synology. It is optimized for running on a NAS server with all the features you often need in a NAS device.

Xpenology creates the possibility to run the Synology DSM on any x86 device like any PC or self-built NAS. So, you can benefit from the powerful multimedia- and cloud features of DSM without buying the hardware NAS from Synology. Many people prefer this because they can pick out their own (more powerful) processor and RAM to handle things like transcoding video.

This will also save money and make you more flexible in the long term.

It’s also possible to natively install and run apps on DSM using their package manager. Think of the package manager as its own app store where you can download (and manage the update process) of each application. This includes some useful tools and packages such as:

I think this is an essential thing because Synology offers amazing support. They’re smart using Linux and would fix strange bugs remote over SSH. You should decide if it’s worth it for you to buy a stock-NAS to benefit from them.

Especially for end-users with less or no experience in IT/Linux, it would be a better solution for them to buy a Synology NAS, switch it on, and have fun without caring about the backend technology. What Are The Hardware Requirements?

First is the hardware I used for my build (check prices below):

The above hardware is just what I ended up using because it fit my specific needs. When it comes down to it, you can install Xpenology on almost any PC you might have lying around. Many people are also using HP Microservers like the HP N40L or the HP ProLiant Gen10. They are an excellent fit for a basic installation with plenty of people in the community sharing the same setup. So, if you run into a snag or have questions about your options, chances are some people can help. 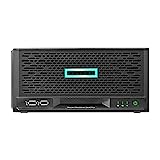 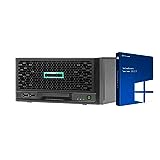 Have a look at our dedicated articles about:

Here is a short list of some hardware confirmed to work with Xpenology and some that we know will not.

Motherboards Known to NOT work:

How much RAM do I need for Xpenology?

Generally speaking, 4GB of RAM is needed for Xpenology. This is the minimum required to download and run Xpenology with ease. Any less RAM, and you would struggle to run the DSM software as intended, leaving you with a NAS prone to slow downs, freezing, and even crashing.

If you have more RAM than 4GB, then excellent! But you won’t need the extra RAM to install and run Xpenology. A little extra RAM is always good to have, but if all you are doing is serving files, 4GB should not impact your performance.

If you run a VM or RAID, however, you will want some more RAM; we recommend 8GB for this. Unless you are using a serious amount of power, anything over 8-16GB of RAM is overkill and a waste of your hard-earned money! For those that have already built their PCs and have larger RAM, don’t worry! You can still run Xpenology, but you are unlikely to use all the extra RAM that you have.

Downloading Xpenology is easy as pie. Subscribe to our newsletter, and we will send you the download links. Once downloaded, you can install it in about 15-20 minutes. If you are doing a fresh installation of DSM 6.1, then carry on with the tutorial and omit references to DSM 5.2. If you are upgrading, then these are the same instructions to use to get started.

Is DSM 7 available on Xpenology?

For a long time it looked like DSM 7 would never come to Xpenology or would take a really long time. But we have seen multiple installation guides popping up on the official Xpenology.org Facebook group. We have however not tested any of these ourselves. So, proceed with caution. In general, we advice against using Xpenology for storing mission critical data, especially without a good offsite backup.

For your convenience and for those without a Facebook account we have copy pasted the user posted guides to our installation page.

How Do I Install Xpenology?

How Easy is it to Update Xpenology?

If you’re doing an upgrade, make sure you have a backup of your data before moving forward, you will be glad you did if anything turns south! Instructions on how to back up Xpenology.

Lower down on the installation page of our website, you will also find instructions for updating Xpenology.

Updating Xpenology is pretty easy, especially the minor versions. Usually, you’re not missing much between the minor releases, but if you want to stay up to date, just keep an eye on the Xpenology forums. Someone will post the instructions once they have the new version up and running. I typically wait a few months to see if anyone has any bugs they ran into. It’s advised to turn off auto-updates to prevent your machine from trying to update on its own.

The major Xpenology updates usually take a little longer to be distributed, but again, if you just wait for the community to post feedback and get all the bugs worked out, you can update whenever you’re ready. There is no rush. I typically stay on the older working versions until a major release is out.

The water is a bit murky here, but the consensus is that Xpenology is not legal. Why? Xpenology is a bootloader for Synology’s operating system DSM. It runs on a custom Linux version developed by Synology, where the community has edited the code to work on non-Synology devices.

It might not be as reliable as Synology DSM and could land you in some hot water if you are caught using an illegal system to run your business. Synology has stated that Xpenology is illegal and violates their intellectual property, cautioning you to avoid using Xpenology on another server. Synology warns that you can face legal action using Xpenology.

In some ways, it’s similar to “Hackintosh,” a concept where macOS is run on hardware not produced or assembled by Apple. It’s illegal, but the chances of Apple going after individual users are uncommon. They did, however, shut down an online shop selling pre-built Hackintosh computers. Synology would likely use a similar approach. You are most likely safe to build Xpenology yourself, but buying it off someone could land you both in hot water!

Remember to take what we say with a pinch of salt. After all, we aren’t lawyers and can’t guarantee that Xpenology is 100% safe to run! Make your own judgment call here and avoid purchasing an Xpenology NAS from anyone!

If you’re a do-it-yourselfer, then Xpenology is a great and cheap solution for a home project. If you’re looking for a reliable OS for a business-level NAS, I would advise you to purchase a real Synology NAS. You will not be disappointed. The cost is well worth it. Synology has continued to innovate a lot faster than most companies in this space. They even have several mobile apps that play along nicely with their devices.

Have a look at our most popular articles: