Network-attached storage devices, or NAS for short, have been growing in popularity. While they’re primarily designed for storing files on your local network, they can also do so much more.

From keeping your files and even your home safe to act as an entertainment hub for your local network, a NAS can be used in many different ways. This is all possible because it’s more than just a box with a few hard drives. It’s a small computer that uses very little power and has plenty of storage space.

Let’s take a look at what a NAS can really do.

These days, the average person who owns a computer doesn’t have a full desktop PC. Most people will have devices like laptops and smartphones. Thanks to the progress made by technology, you no longer need a big and bulky computer for most tasks. And that’s great!

However, if you have a lot of large files like a library of digital photos, music, and videos, storage space can be an issue. Most notebook PCs and smartphones don’t come with easily expandable storage. If you need more space, you can either get an external hard drive or get a NAS and move your files over to those devices.

Both can get the job done but a NAS gives you more options on what you can do with those files later.

Shared Drive For Your Local Network

Like it says in the name, a NAS is network-attached. That means any device connected to the local network can also access what’s in the NAS.

If you have more than one PC, you know what a chore it is to transfer files from one device to another. One way is to plug in a USB drive on one PC, copy the files you need to it, carry the drive to the other PC, plug it in again then copy it again there. Another option is to use simply copy the files over the network which requires both computers to be turned on at the same time.

What if the files were stored in a NAS instead? You’ll free up space on your devices and you won’t have to run around swapping USB drives. The files can still be accessed by the network but a NAS doesn’t consume as much power as a full-fledged PC so you can leave it turned on all the time.

Take the network storage solution even further by setting up backups with your NAS. Instead of just moving them over to the NAS, you create copies of important files that you don’t want to lose.

Back up pictures and videos from a family vacation or other important life events. Keep important files safe in case of a hardware failure or theft by copying them to the NAS. You can even set scheduled backups so that these files are automatically copied. And because a NAS will usually have terabytes of space available, you can back up the entire drive of a computer if you wanted to.

Your Own Personal Cloud

Since everyone has a smartphone these days, cloud storage services like Dropbox, Google Drive, and Apple’s iCloud have become ubiquitous. But with growing privacy concerns, more and more people are becoming uncomfortable with letting someone else handle their data.

If you’re worried about privacy but you don’t want to give up convenience, you can create your own personal cloud using a NAS.

Just like those services, you can set up file syncing but you’ll have more control over your data. The best part is that you don’t have to pay a monthly fee while having tons of storage space available.

Not everyone has access to fast internet. If you need to download large files, leaving the computer turned on overnight may be the only option. But if you have a NAS, you can use it to complete your downloads more efficiently.

Most people don’t turn off a NAS anyway so this is a great way to make the most of the device. Let it take care of downloads while you’re sleeping or while you’re out. Queue up downloads, limit the bandwidth it uses, and even create a schedule automatic downloads.

Letting a NAS handle download duty is especially useful to avoid interruptions by something like an unexpected Windows update. There’s nothing more frustrating than getting a large file to 99% only to start again from scratch because your computer had to restart.

Do you have lots of TV shows or movies stored in your NAS? Then you have the makings of an excellent media server.

Using an app like Plex will make it easy to set one up. Once it’s ready, you can share the content throughout your home. You’ll be able to watch movies on a computer, phone, or even a smart TV as long as it’s connected to your network. And if your NAS is powerful enough, you can use transcoding to convert unsupported media formats on the fly so that you can watch it on any device.

Here’s a more specialized use case. If you’re interested in setting up a surveillance system, there’s no need to hire a security company. You can get a couple of IP cameras and configure them to work with your NAS.

Whether you want to check in on the house while you’re off on a vacation or just want to keep track of your pets while you’re at work, you can use the NAS to store the footage. There are even hard drives made specifically for surveillance purposes so keep that in mind when choosing which ones to install in your NAS.

Is your home network ready?

These days, it’s not just the workplace where you can find multiple computers. PCs, smartphones, smart TVs have turned homes into sophisticated networks of they’re own. They need a similar network infrastructure without the complications of an enterprise-level server.

A NAS isn’t just a box to dump all your files. It’s a tool to simplify and maximize your digital life. 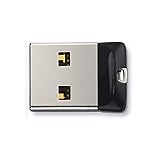